The larger bandwidth, longer transmission distance and higher receiving sensitivity will always be the final goals of researchers in the field of optical communication. With the explosive growth of information generated by the application of communication technologies such as video conference and the spread of the Internet, higher transmission performance requirements have been proposed for the physical layer that is the basis of the entire communication system. Driven by strong demand, large-scale DWDM are gradually depleting their wavelength resources, and the efficiency of Time-pision Multiplexing (TDM) systems through compressed optical pulses also has a large technical bottleneck. As a result, the coherent system that seems to have been forgotten has once again caught people's attention.

The 100G coherent optical module belongs to the technical research field of long-distance transmission of 100G DWDM. It is mainly used for line-side optical transmission of 100G WDM system. Compared with other various forms of line-side optical modules, it has better OSNR performance, sensitivity, dispersion limit, and DGD tolerance, which make it become a common choice in the industry. The key technologies include DP-QPSK modulation technology, coherent detection technology and DSP processing technology. 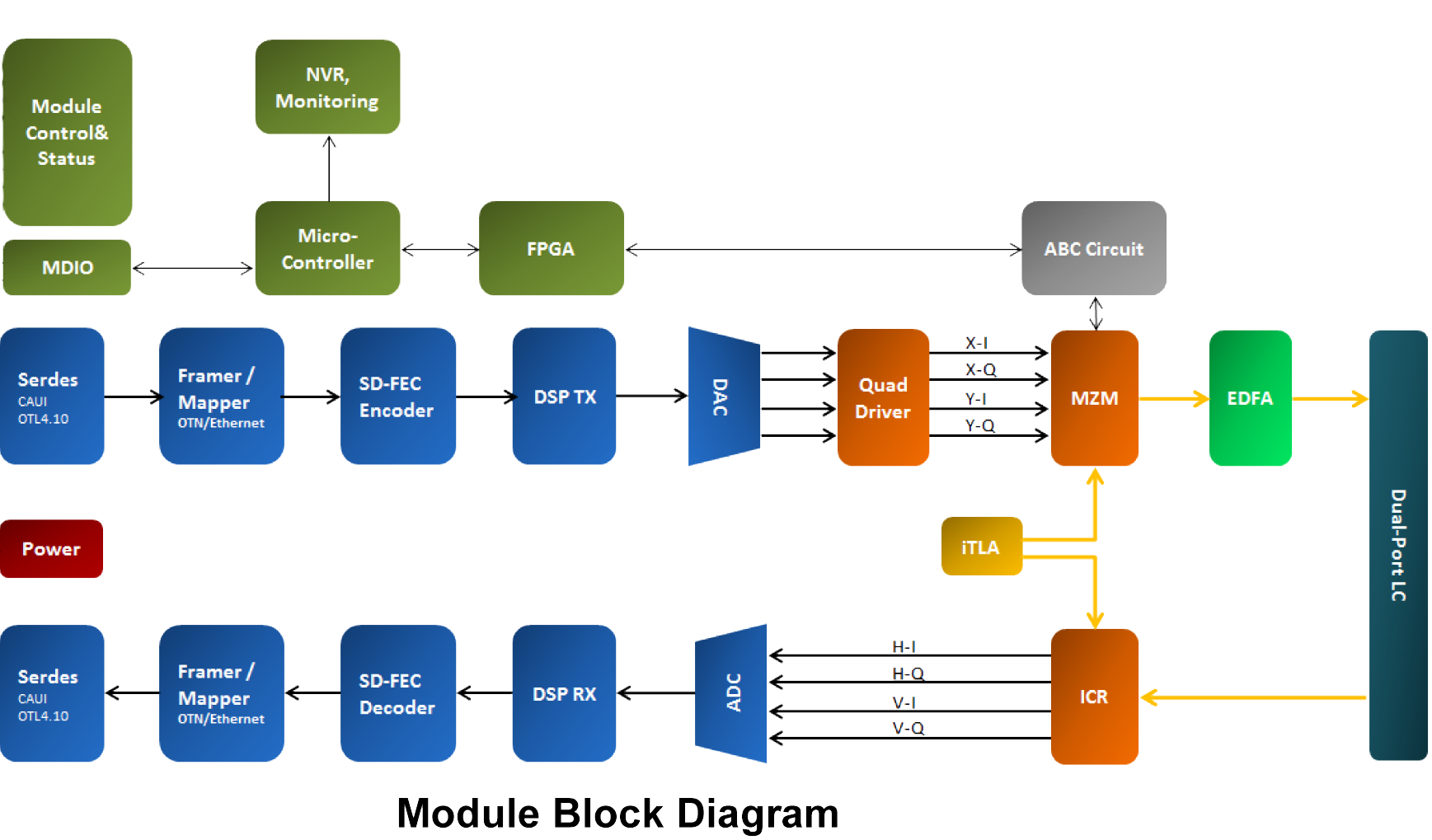 As shown in the figure, The Gigalight 100G CFP-DCO Metro Region module is the CFP optical transceiver which is a hot pluggable form factor designed for high speed optical networking application. The module is designed for 100-Gigabit Ethernet and OTU4 application, CAUI and OTL4. 10 electrical interface and MDIO module management interface. The module converts 10-lane 10Gbps electrical data streams to 128G DP-QPSK optical output signal in Egress, and also converts DP-QPSK optical input signals to 10-lane10Gb/s electrical data streams in Ingress. This 10-lane 10Gb/s electrical signal is fully compliant with 802. 3ba CAUI specification and OIF-CEI-03. 1 specification, and allows FR4 host PCB trace up to 25cm. The block diagram is show below, One chip called DSP is used for electric data signals Mux/Demux, Driver is used for up to 28G electric signal amplify, ITLA is a full C-band wavelength tunable assemble which is used for optical signal carrier in egress and for coherent receive in ingress, MZM is used for E-O convert in egress and ICR is used for O-E convert in ingress, the optical signals format is DP-QPSK, EDFA is used for optical signal amplify that we can get suitable output optical power.

DP-QPSK is one of the mainstream modulation technologies of metropolitan area network and core network. Compared with the traditional direct detection system, coherent detection can obtain more signal information through the beat frequency of the signal light and the local-oscillator(LO). In addition, with high-speed digital signal processing (DSP), coherent optical communication can place signal reconstruction and distortion compensation at the system receiver side. The combination of coherent detection and DSP technology eliminates the obstacles of traditional coherent reception, and can also compensate various transmission impairments in the electrical domain, simplify the transmission link, and reduce the transmission cost; making high-order modulation format and polarization state multiplexing possible, reaching the results that the total capacity and transmission distance of the communication system will be further improved based on the original multiplex/wavelength pision multiplexing system. 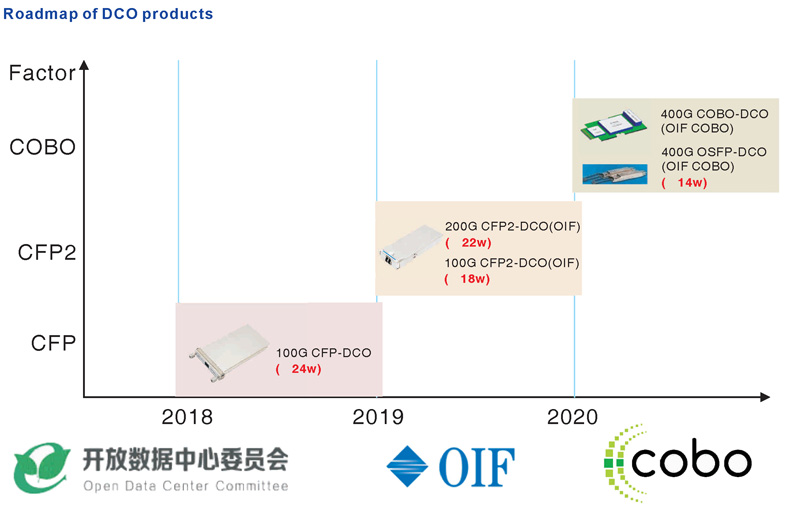