Serving operators has always been one of Gigalight's long-term goals. Considering the importance of xWDM (WDM, CWDM, and DWDM) solutions for the next-generation optical network deployment and the depth requirements for quality and reliability of products, Gigalight submitted a subsystem composed of xWDM transceivers, xWDM passive components, and xWDM equipments to China's most authoritative third-party information and communication testing agency—CTTL for network access certification. After three months of testing, Gigalight officially obtained the network access license for this series of equipment. 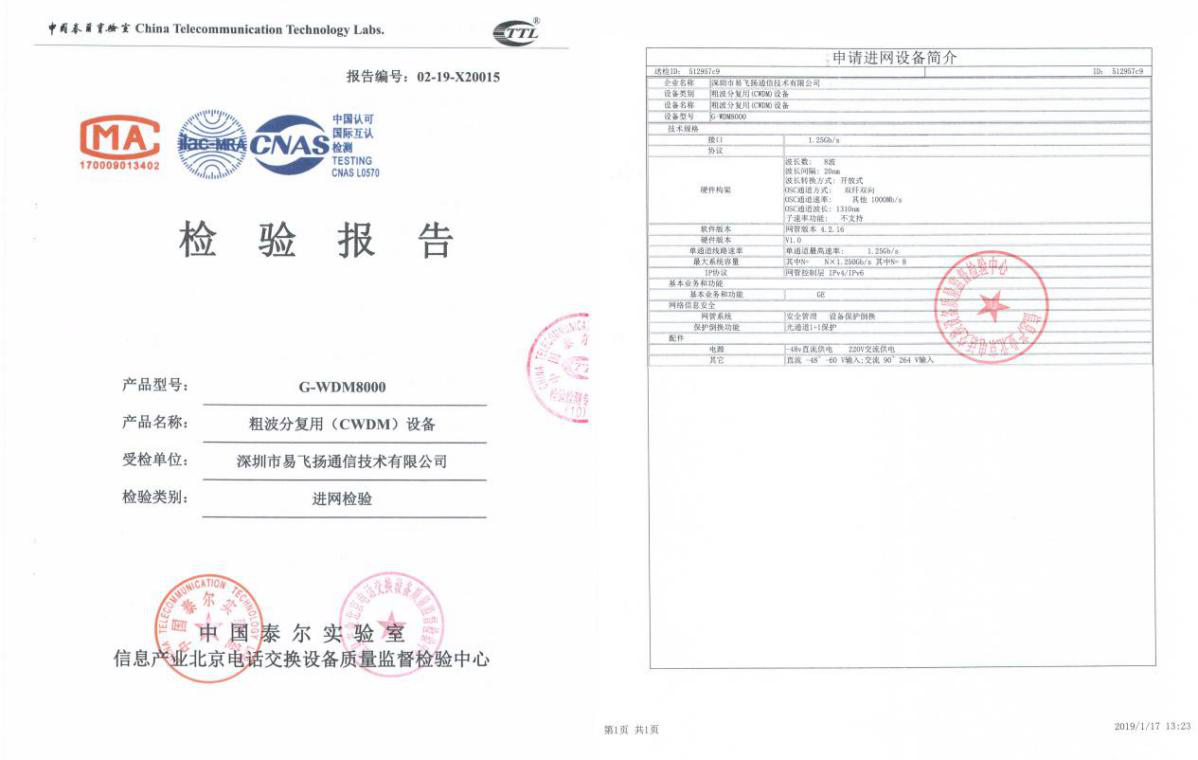 The test report of Gigalight's CWDM equipment from CTTL

Since a long time ago, Gigalight has been investing in the development of colored (CWDM/DWDM) transceivers and passive components (Mux/Demux) which have been widely sold around the world. The significance of its xWDM subsystem passed the network access test is to obtain the stability certificate from the domestic authorities, which clears the obstacle for the company to enter the next wave of operator market.

In order to implement this network access test, Gigalight began to fully upgrade the design of 10G+ colored transceivers two years ahead of schedule. The colored transceivers include CWDM and DWDM transceiver modules that support 10G/16G/25G data rates. To further ensure that the company's colored transceiver modules can be applied in 5G environments in the future, Gigalight has spent at least one year to complete the development and implementation of product design standards in industrial temperature environments, and has achieved substantial R&D results in thermal design and signal integrity and optical engine package development. 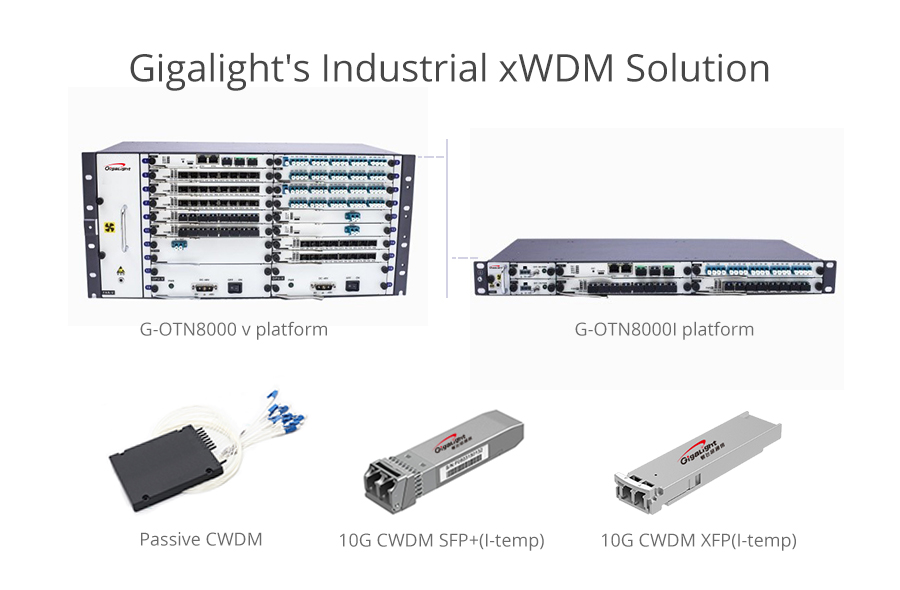 With the rise of 5G and the speed upgrade of wireless communication, Gigalight looks forward to providing better solutions!