The Evolution Path of Next Generation Data Center’s Optical Interconnection

From 100G to 400G, the data center's network architecture should be firstly upgraded to the most cost-effective 200G SR8/PSM8 architecture (8x 25G NRZ), then to the first generation 400G network architecture—400G PSM8/FR8 (8x 50G PAM4); and at last to the second generation 400G network architecture—400G DR4/FR4 (4x 100G PAM4). Among them, the 200G (8x 25G NRZ) network adopts the mature 25G NRZ electric chip and optical device, which has the same port density as the 100G network, but the bandwidth is doubled, which effectively reduces the transmission cost. In addition, the industrial chain of 25G NRZ optoelectronic chips and optical devices is relatively mature, and the related switches and optical module products are also easier to develop (compared to 50G PAM4), which can help the data center to quickly realize the commercial deployment of 200G networks. 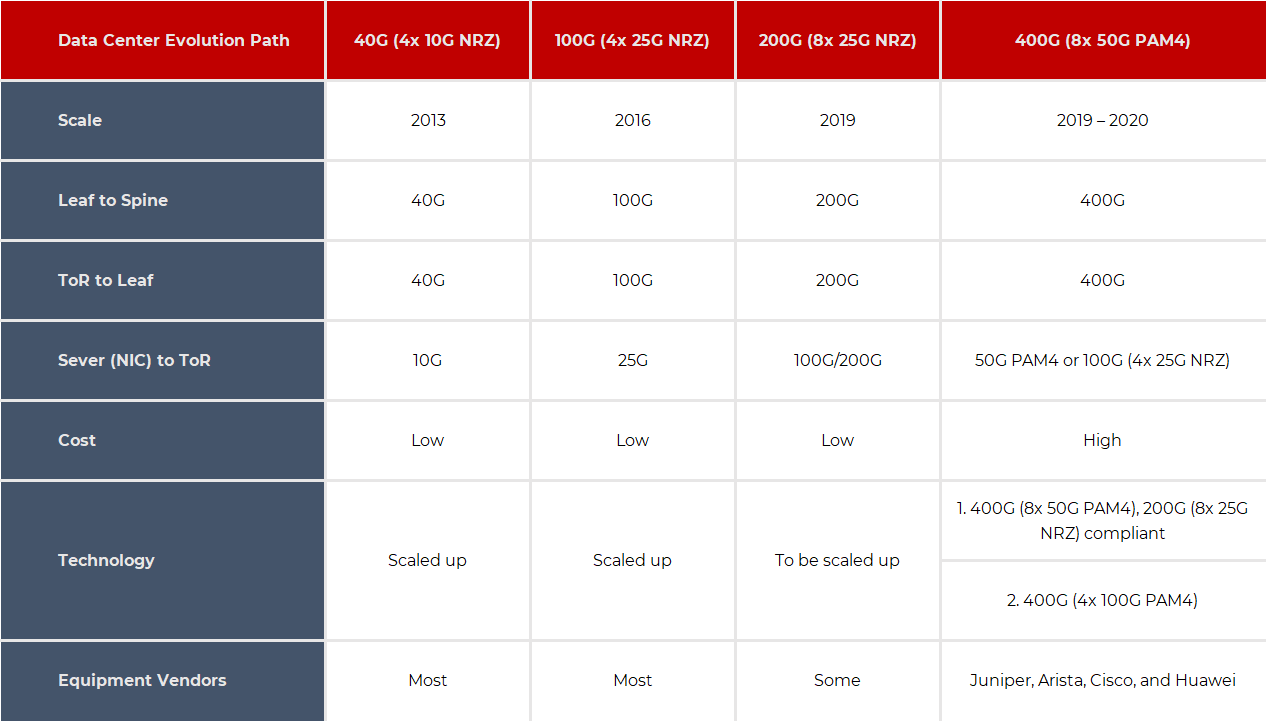 At present, some companies believe that the data center network architecture should be directly upgraded to the second generation 400G, namely the 400G DR4/FR4, so they are rushing to introduce Single Lambda 100G (100G PAM4) or 400G (4x 100G PAM4) optical modules. However, these optical modules require expensive optical components, including Silicon Photonics modulators, EML lasers, and DSP error correction chips. Gigalight believes that it is too early to deploy the 400G DR4/FR4 network architecture in the data center, because the 400G DR4/FR4 products based on Single Lambda 100G PAM4 DSP technology is likely to be out of the Shannon limit, but the 400G PSM8/FR8 products based on 50G PAM4 technology are more likely to meet R&D expectations. The first generation of 400G network (8x 50G PAM4) is easier to commercialize because it adopts 8 channels of 25G linearity optoelectronic chips and related optical devices consistent with the 200G network, except that PAM4 modulation technology is used to achieve doubled bandwidth, and it is just after the 200G NRZ network in the data center network upgrade path.

The network upgrade of the data center should follow the market rules, and there is no such thing as a shortcut to the sky. Gigalight follows the rules of the market, and the 200G (8x 25G NRZ) products that are preferred for data center customers have been validated by North American data center customers. With full R&D design and verification, Gigalight now offers a complete and reliable 200G optical interconnect solution (including the 200G 4x 50G PAM4 series) with the following key benefits in smooth transition to 400G: 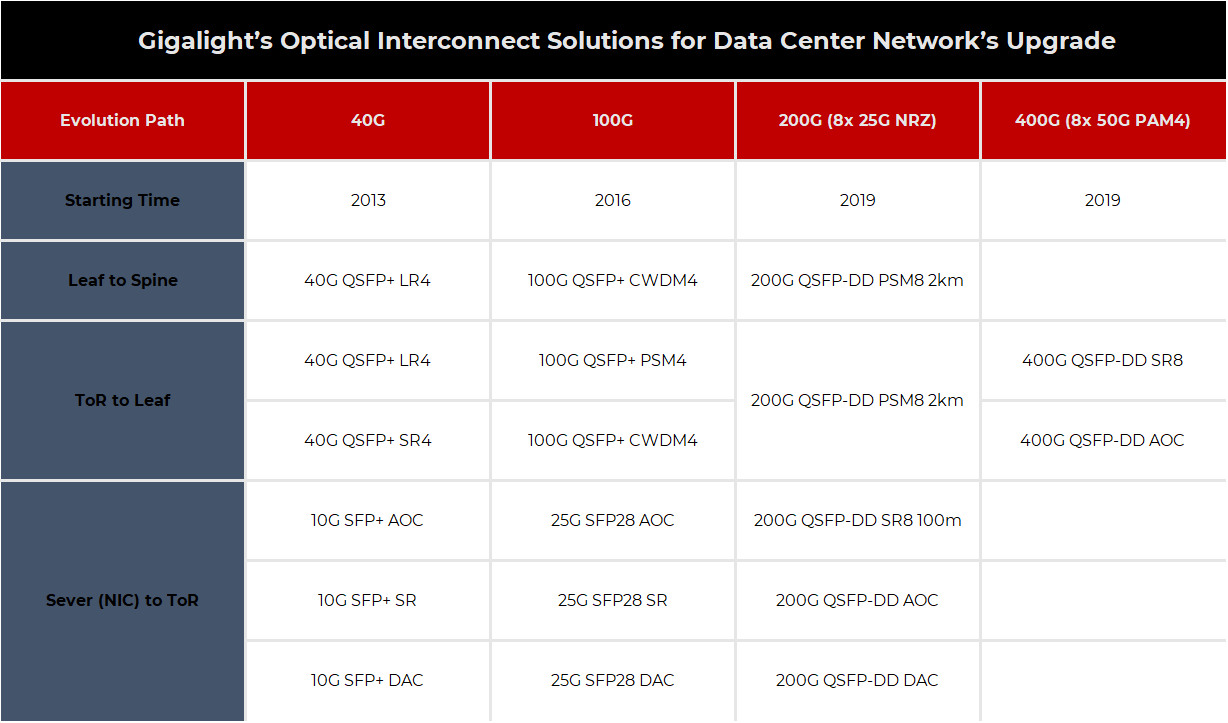 Previous :The Emergence of New Technologies H... Next :QSFP-DD Might Be the Mainstream...