Shenzhen, China, April 12, 2022 – GIGALIGHT, the open optical network device explorer, announced today that it has made significant progress in the fields of datacom silicon photonics and coherent technologies, and its new generation of silicon photonics 400G QSFP-DD DR4 and 100G/200G CFP2-DCO will benefit data center and telecom customers worldwide. 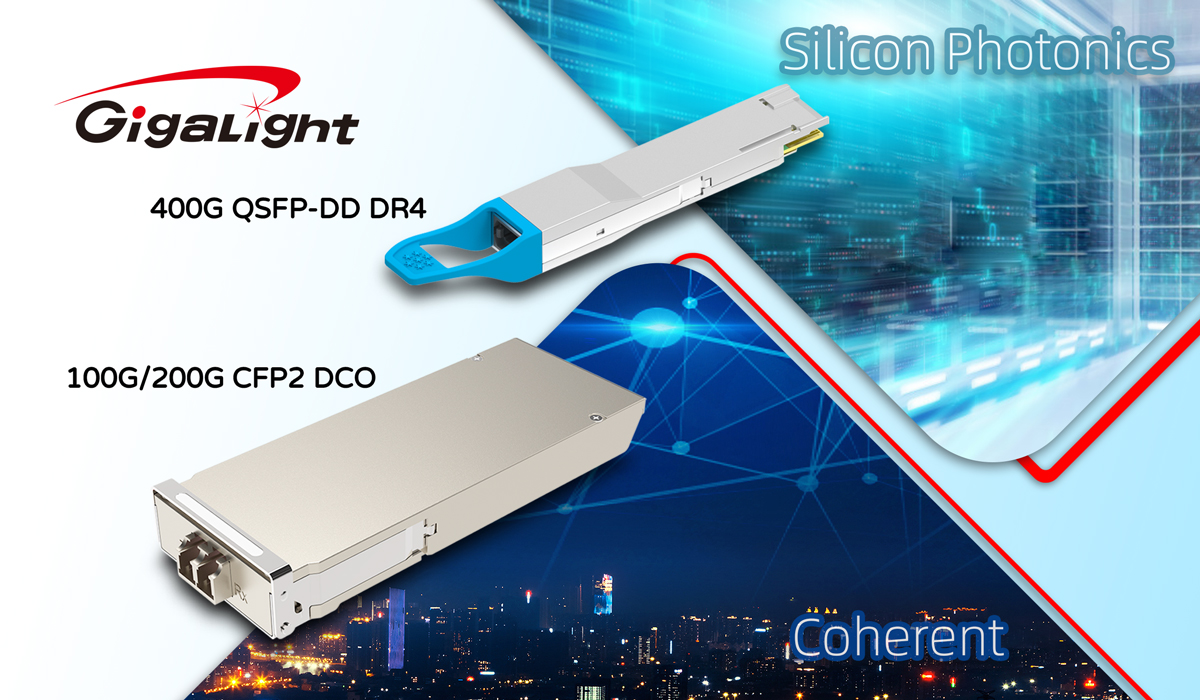 In the field of coherent communication technology, GIGALIGHT's R&D team has finally realized the transplantation of self-developed algorithms on the new 7nm DSP platform after a long period of research, reaching the theoretical boundary value. Based on the research and development results, the company will achieve mass production of 100G/200G CFP2 DCO by the end of 2022 and deliver them to customers in batches.

Mr. Li, the founder of GIGALIGHT, said: "At present, silicon photonics technology and coherent technology are the technical peaks of the optical communication industry. Based on limited resources, GIGALIGHT overcomes various difficulties and achieves relevant results. It is not easy. GIGALIGHT would like to thank our partners and suppliers for their strong support. Let's move forward together, adhering to the lofty concept of open silicon photonics technology and open coherent optical communication!"